Last year a record number of international companies opened their doors in the capital of the Netherlands, Amsterdam. According to a media release by the municipality of Amsterdam, 157 foreign companies opened in the region in 2016. These companies are expected to provide 3,312 additional jobs over three years. “Amsterdam is a magnet for foreign companies, talent and start-ups,” says Kajsa Ollongren, Alderman for Economic Affairs.

Recent research from KPMG supports this claim. According to their bi-yearly study Competitive Alternatives, the Netherlands is one of the most competitive countries when it comes to attracting international businesses. The most important reason is simple: the costs for companies are significantly lower than in surrounding countries like Germany, France and the UK.

Companies in sales & marketing are well represented in the international businesses that choose to establish themselves in Amsterdam. According to the municipality, the vast majority of new international businesses in the region (79) focus on sales & marketing. Next to the costs, the Netherlands attracts companies by its strategic location and excellent infrastructure.

This is why the country is high on the list of favorite locations of sales professionals. According to a survey by Michael Page, almost one-third (29 percent) of people in sales who are willing to relocate would choose the Netherlands as their favorite destination.

The survey suggests that pioneering sales professionals are capitalising on the huge growth potential of emerging markets more than ever before; with the international playing field wide open for a career in the sector.

Due to their well-established market economies and deep connections to global supply networks – alongside links to historic trading partners – England, Canada, the U.S. and Spain are topping the boards, with the latter additionally benefiting from deep linguistic and cultural ties to the Americas.

Asia as a leader

Digital channels are key for the global sales sector, with online retail expanding 19% year on year and accounting for 9% (2 trillion EUR) of the global retail spend of 23 trillion EUR. In China, 18.4% of retail sales were online in 2016, contrasting with just 6.7% of Japanese, and 15% of the total UK retail spend. There remains significant differences in national and regional take-up of mobile, tablet and desktop e-commerce platforms.

Asia Pacific (APAC) stands out as the global driver for ecommerce spending and growth: China alone represents 47% of worldwide retail ecommerce, and the region is set to more than double its online spend by 2020 to 2.3 trillion EUR. However, China is notable by its absence in the PageGroup list of top 30 countries for sales profiles to show interest in moving to, coming in at 44th place. This suggests that despite being a global sector, a big impact point of sales remains on a local level.

North America is second in real terms of spend, topping 460 billion EUR, while Continental Europe comes in third, with the UK a close fourth. That the UK, a market of 62 million people, is just behind Europe highlights the need for localisation and personalisation of the ‘hard’ end of the sales pipeline – and where huge growth lies for companies that can bridge the gap between product, sales and the consumer.

To close the gap between global supply chains, the multinationals that operate them, and the end consumer, companies are looking towards science and channel convergence to drive them forward.

The practice of using physical stores as showrooms to allow for less stock wastage is growing in Asia, UK and most recently in the US, where the fastest growing retail segment is people over the age of 55 years, who have different expectations from the in-store sale experience.

As the sales pipeline becomes increasingly data-driven, the method of putting consumer and product together will change, as will the point that the human element enters into the selling process. Information on previous purchases, on current trends, live pricing, and satisfaction surveys will all affect the interaction of sales and consumption.

For Trend Watch PageGroup surveyed 18352 job seekers worldwide, who applied on our Michael Page and Page Personnel websites during the 3rd quarter of 2017.

Of the 1999 sales professionals who participated in the study, 59% were willing to relocate, for job opportunities, a better salary or a different lifestyle. 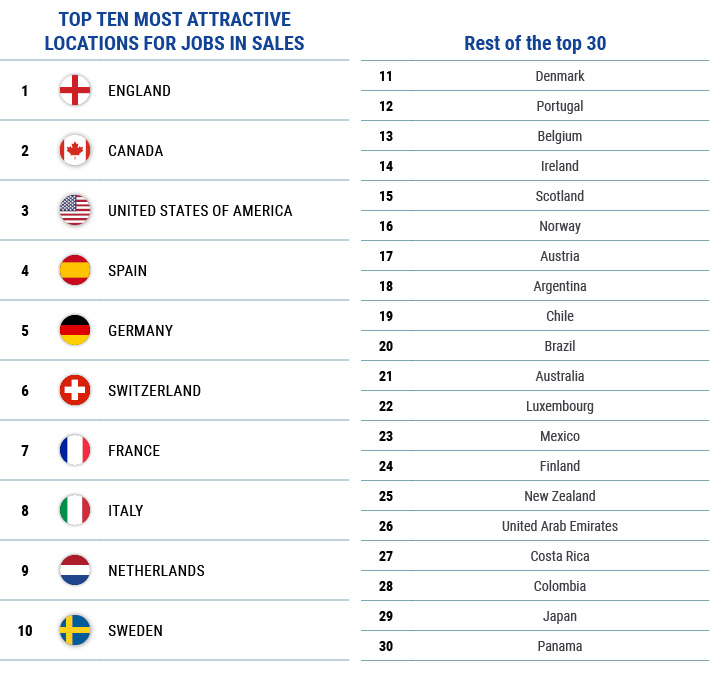 Looking for a new opportunity?